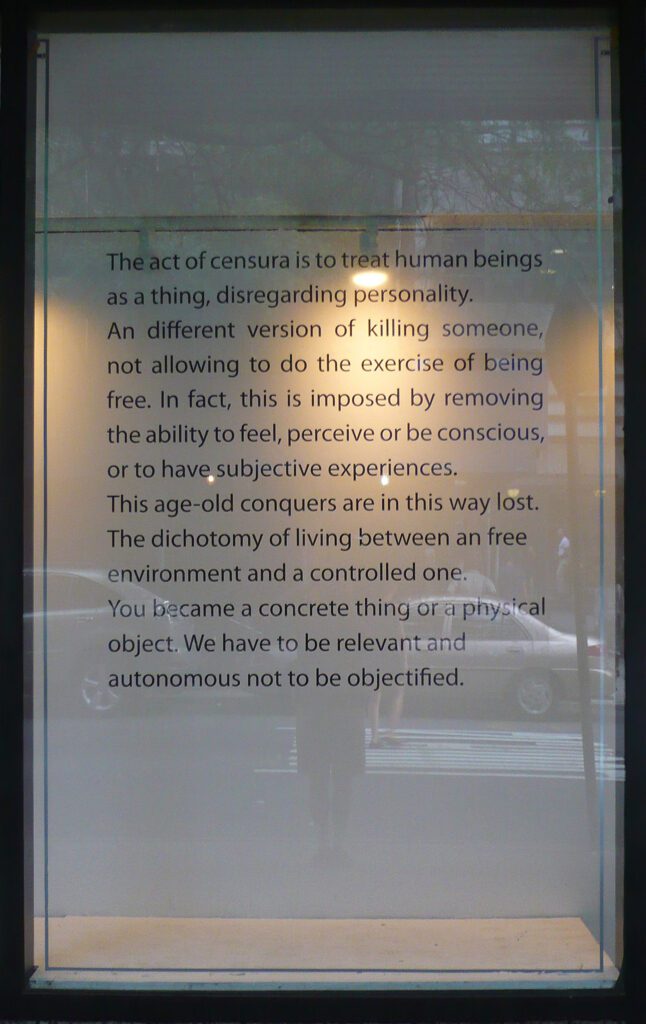 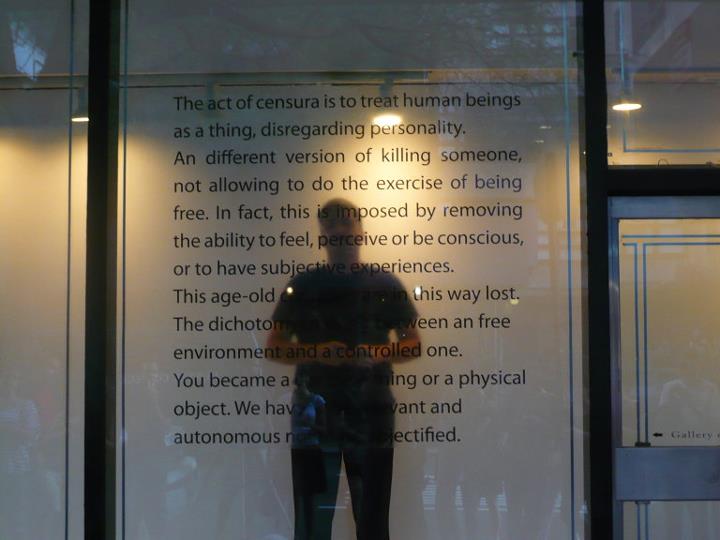 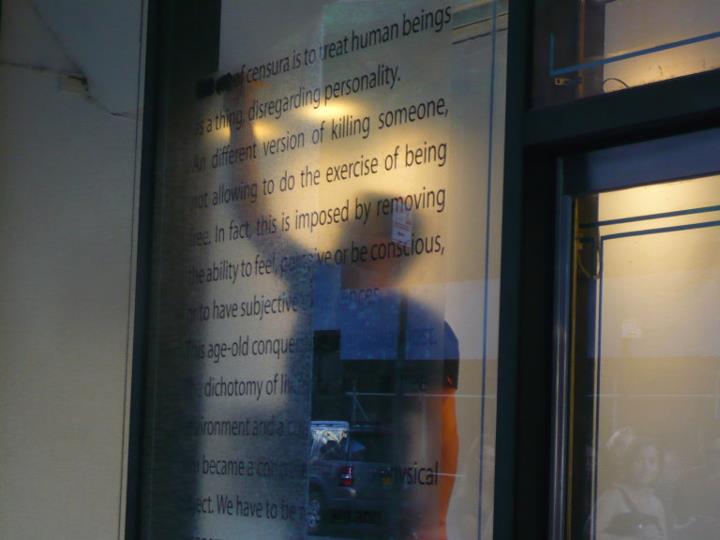 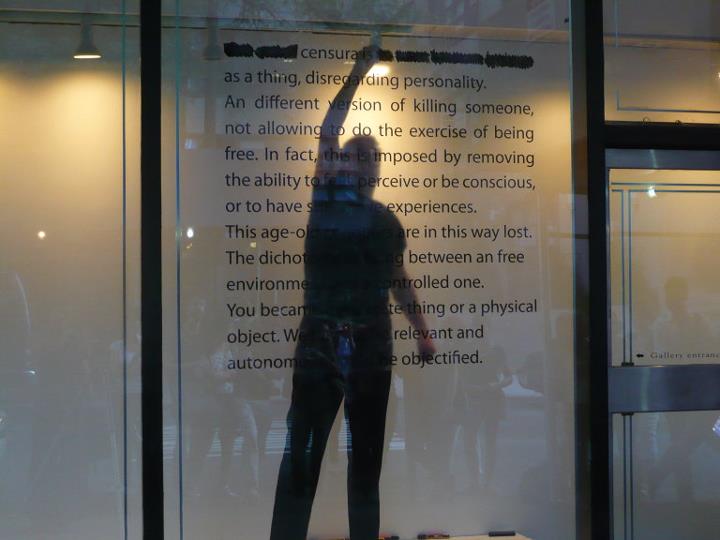 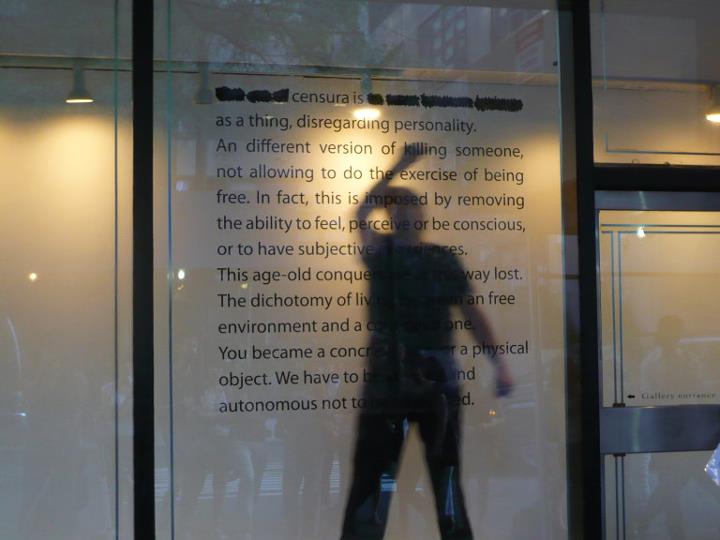 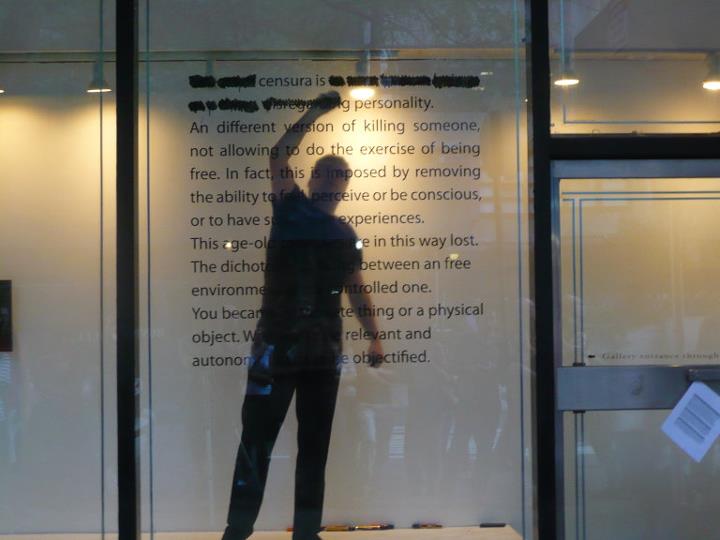 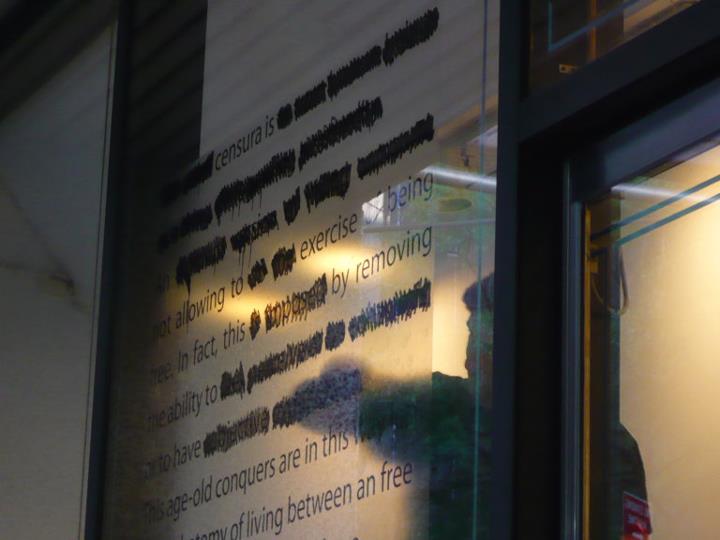 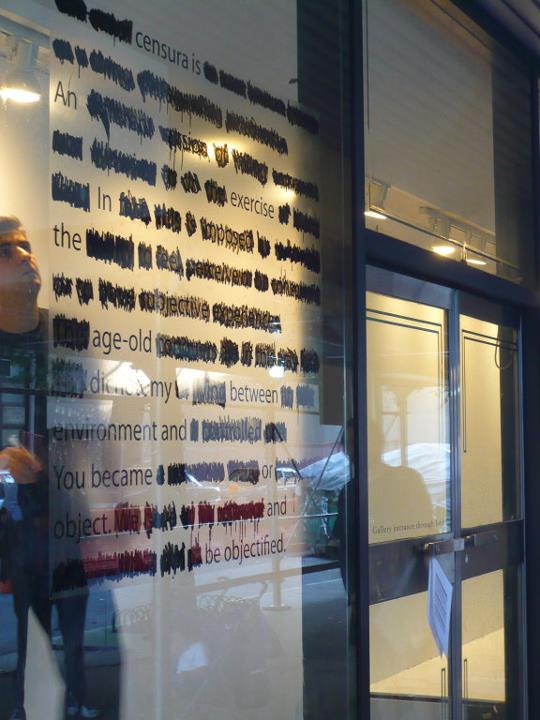 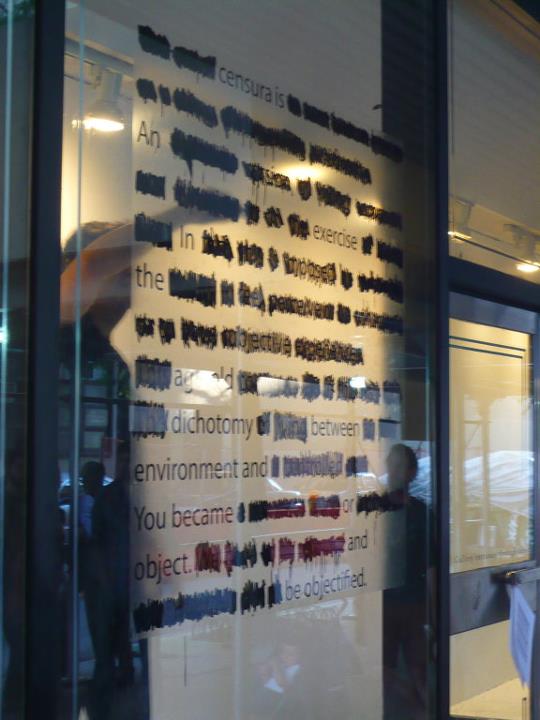 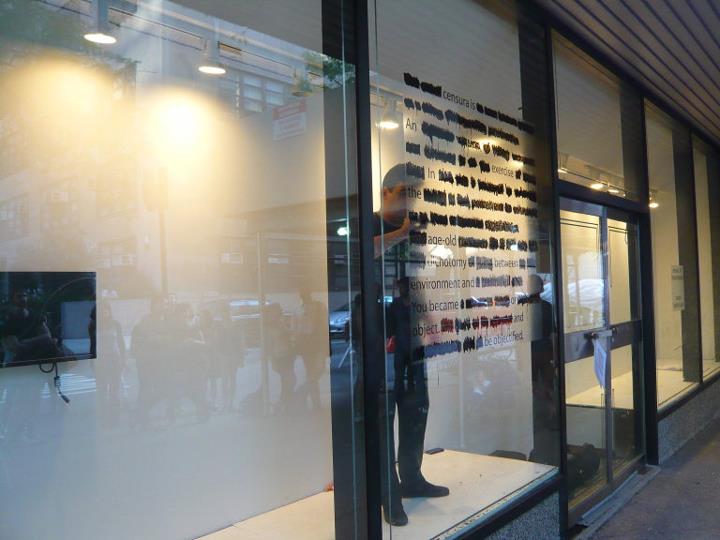 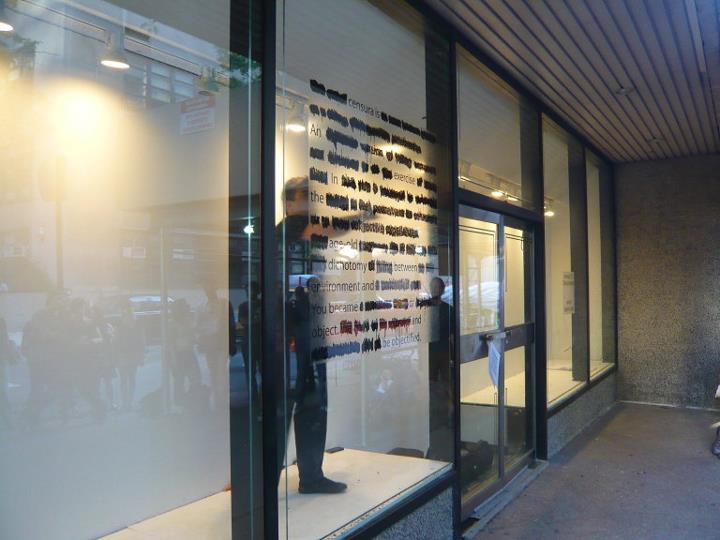 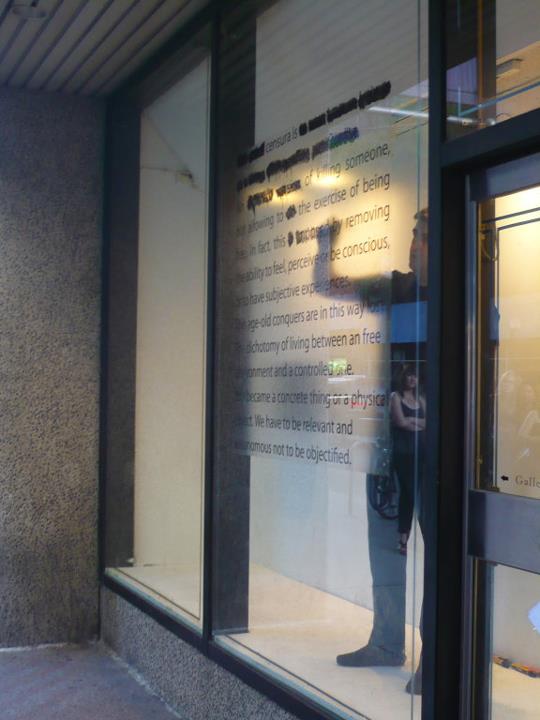 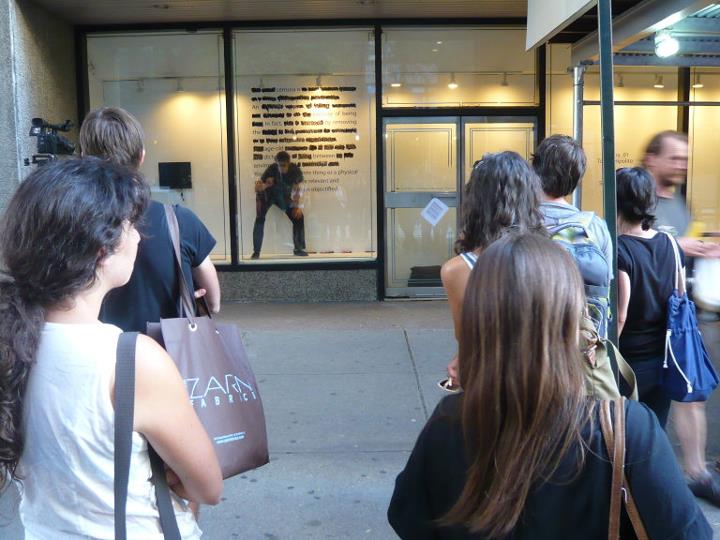 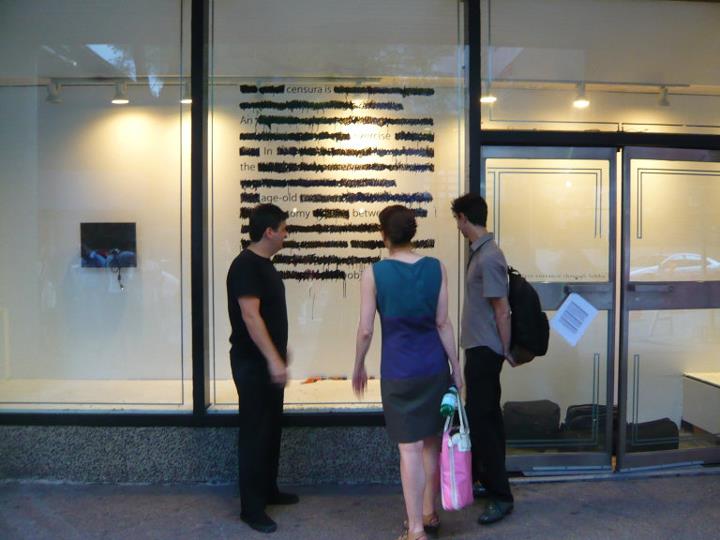 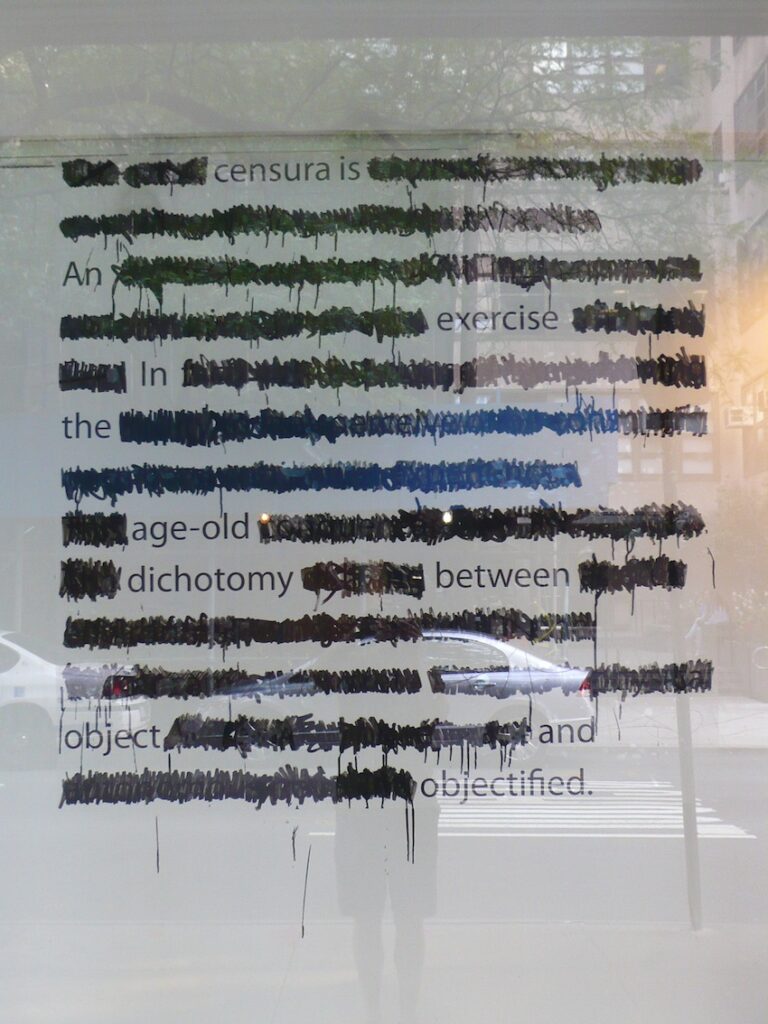 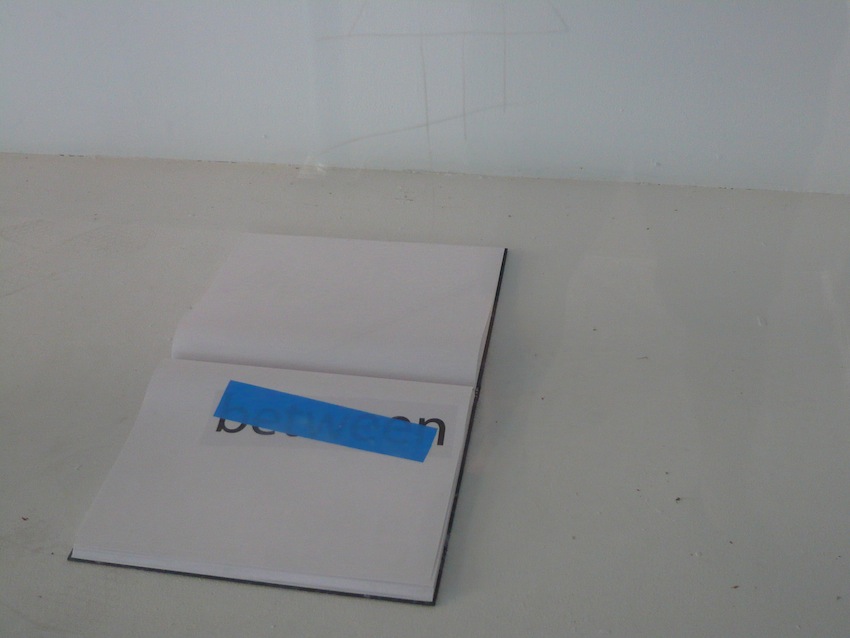 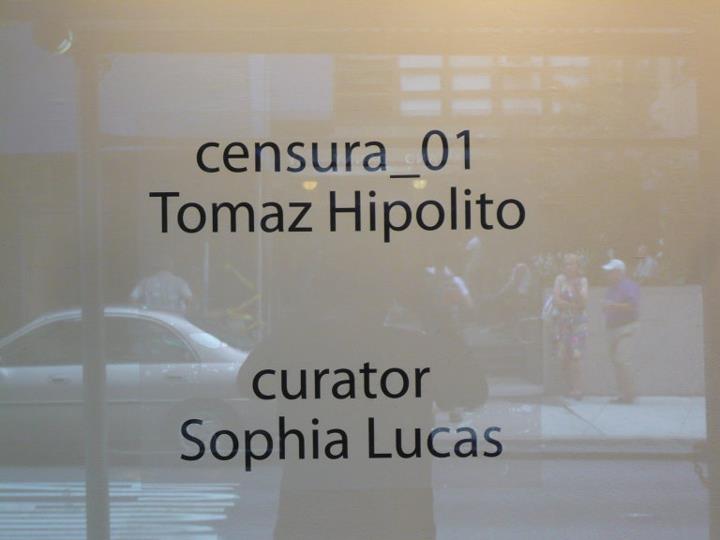 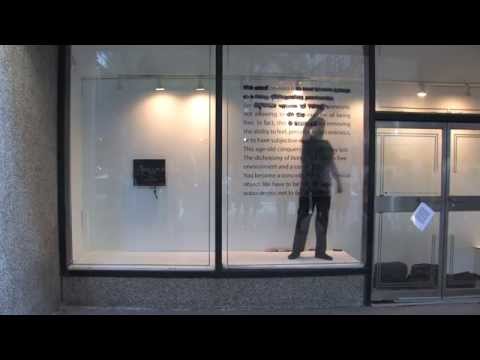 Tomaz Hipólito produces research-driven work in multiple media, in which his primary conceptual concern is absence. His process of investigation and experimentation involves a total immersion into an idea, or notion, which he then variously qualifies and eventually denies by rendering it in different processes. The methodology of the work is a kind of reverse engineering of the perception, phenomeno- logical experience, and socio-ideological construction, which are endemic to our understanding of the mundane concepts and objects of the world around us. Because this process is witnessed, unmitigated and recursive, it proliferates a sense of anxiety, where the viewer is caught between the obvious and very familiar qualities of the subject at hand, and the normally opaque particulars which are revealed through the sensitivity of the artist and his chosen media.

Censura – While the conceptual framework of HxDxWxTx2 undercuts the traditional exhibition practice of selecting complete, autonomously created work, Hipolito pushes this concept further in CENSURA. What is At play are notions of chronological time, its relationship to comprehensible space, and hierarchies of influence in a combination of text, video and performance. Paralleling the liminal quality of the window space, CENSURA is an exercise in the age-old dichotomy between object and objectified in the context of art, as manifest in the urgent dialogs of boundaries of autonomy and engagement. Here, Hipolito’s characteristic investigation reveals and confounds curatorial agency and collaboration with ACE curator.

About ACE curatorial collective
The window as a display space maintains its allure by presenting many paradoxes: with its receding space it invites entrance, yet its flatness and inaccessibility make this impossible. As a site of commerce, it exists to present finished objects of production for consumption, and yet the shadow of remove imparted by the glass inspires feelings of unfulfilled desire–the viewer is asked to imagine themselves in relation to the object, wherein the fully rendered commodity is unfinished until held, worn, and purchased. In the spirit of the storefront window interstice–its inversions and complications of agency and boundaries–ACE has invited artists whose work considers process, questions completion and hinges upon contingency to activate the Hunter Leubsdorf Gallery Windows.

HxWxDxTx2 will consist of two projects: CENSURA and Johnnycakes.
Here,the incompletion of the object and the collaborative processes of engagement and influence are revealed and presented rather than hidden behind the polish of the highly designed window set. Each project will take place over the course of two weeks, during which the artists will develop their respective installations at intervals, in part, framing artistic practice as a product, as well as imparting a confounding sense of voyeurism upon the viewer.